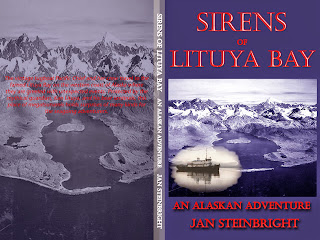 Posted by Winternights Publishing at 7:45 AM No comments: 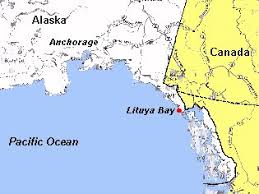 Lituya Bay's reputation stems mostly from the megatsunami of 1958 that scoured the trees off around the bay to a height of 1720 feet. This landmark is also infamous for its narrow, trecherous entrance which has taken the lives of many sailors.
When we entered in late 90s, we were very aware of of the reputation of this  remarkable place, but, at the same time, were totally captivated by the majesty of the mountains behind the bay and a certain essence that emanated throughout. I, of course, kept thinking about the myth of Kan Lituya, the guardian with his bear sentinels watching us from the Fairweather mountain peaks. One of these sentinels vacated the peninsula behind which we anchored long enough so my friend, Suzanne and I could go ashore, explore and gather wild flowers which we spread around the tug in vases.I also picked wild celery to enjoy aboard.
Posted by Winternights Publishing at 7:22 AM No comments:

Sirens of Lituya Bay is up on Amazon and being sold in digital format. The hard copies will be available May 15 from After Shock Media.

What a job to open a seller's account on Amazon with a Mexican phone number! It took me three weeks and four "open cases" in their help department. I don't think they like foreign phone numbers. It has been a learning experience. At least I have a seller's account now and can slip my new book, Abalone Eyes, in next summer. It is a prequel to Sirens, involving some of the same characters, but concentrating on the evolution of Walter, the museum curator as he finally learns the truth about his heritage. Shamanism plays a role in this story as does general life in Sitka living aboard a tug. My local writer's group will be dissecting this work in order to polish it up and get it ready for you, my readers.

Until then, please take a look at Sirens and make sure to leave a review if you buy and read it.
Posted by Winternights Publishing at 5:35 AM No comments:

Some photos of the actual tugboat I owned and lived aboard for 6 years. Her original name was Pacific Chief, but it was changed to the Adak when she was owned by Canadians and hauled logs across the gulf of Alaska. Adak, the dog is in the last photo and was the inspiration for Attu, the dog in my story.

The tug is 90 in length, all wood, built in the Stockton Shipyards during the war. The engine, a Fairbanks Morse direct-reverse was dropped in right after the war ended. She was a wonderful floating home and we took many adventurous trips around Southeast Alaska aboard her. Some of the "adventurous" part came from operating an old boat with an old engine which had to be shut down on approaching docks so she could go into reverse to land. This always confused on-lookers, but my husband, the captain was expert at putting her right alongside. On-board fires, breakdowns at sea, and a cranky anchor windlass all added to the adventure.

The Adak is currently owned by another writer who is taking good care of her. 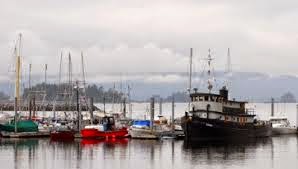 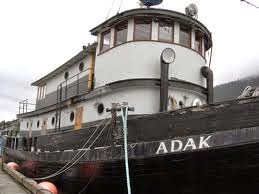 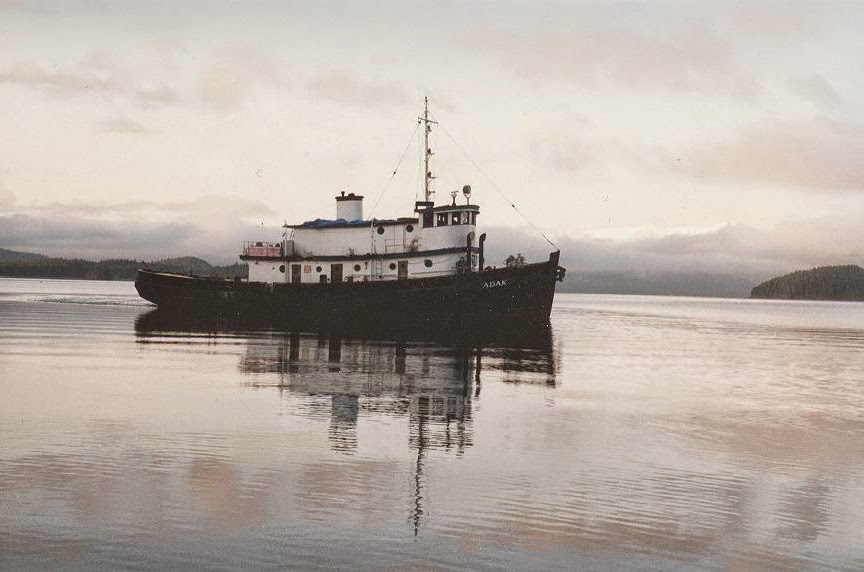 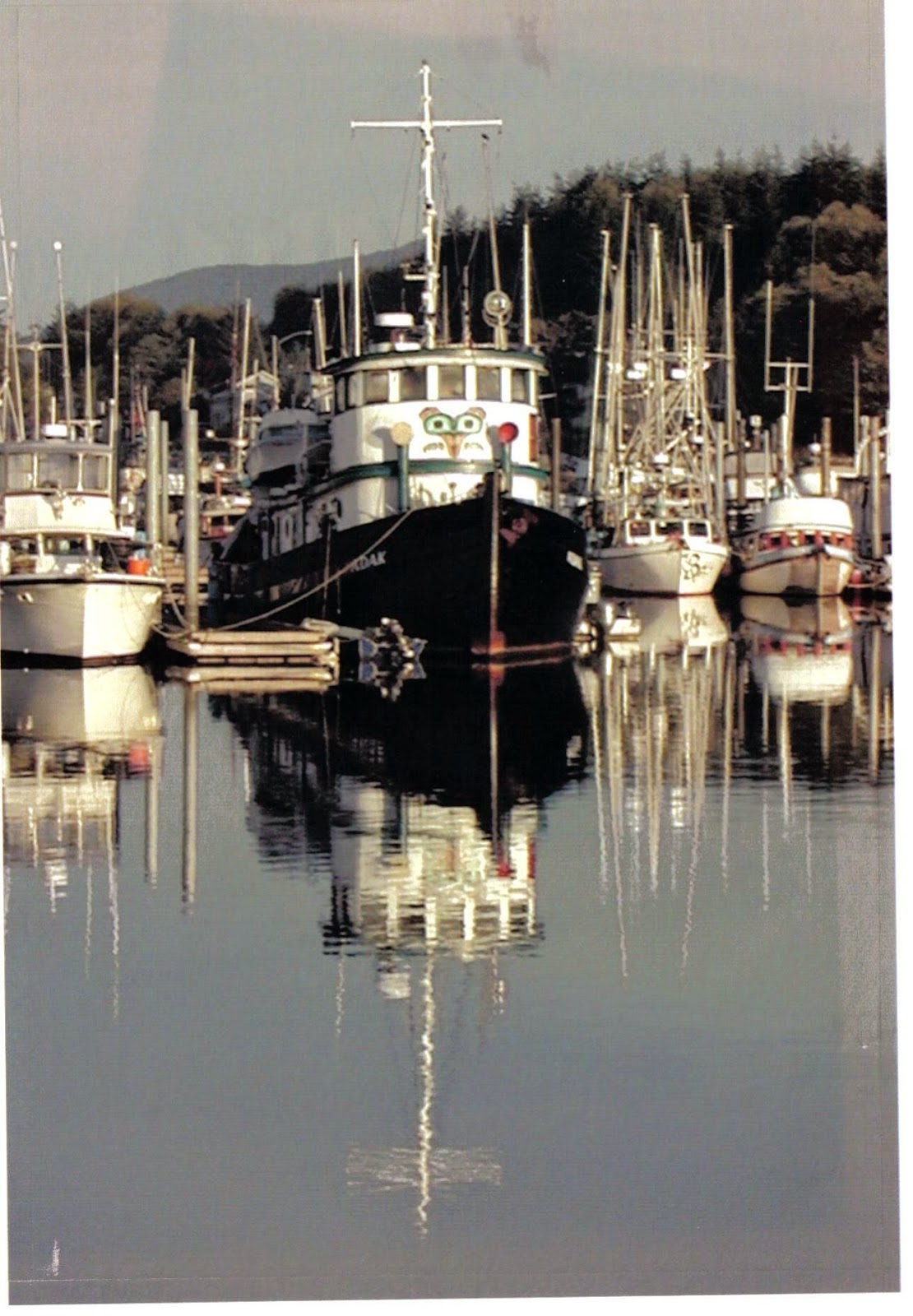 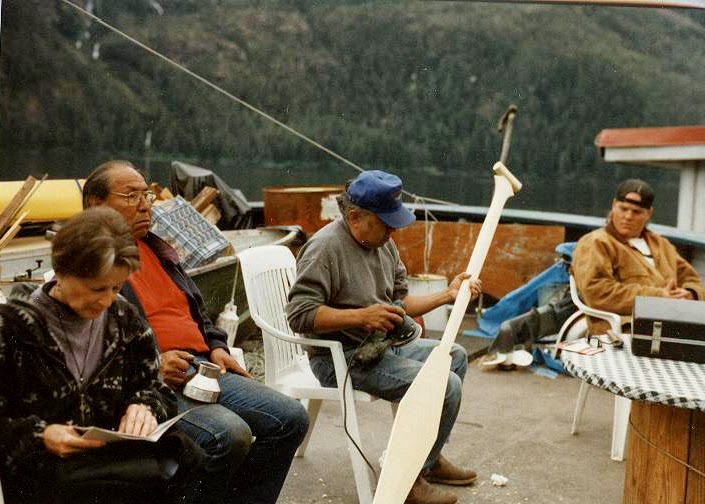 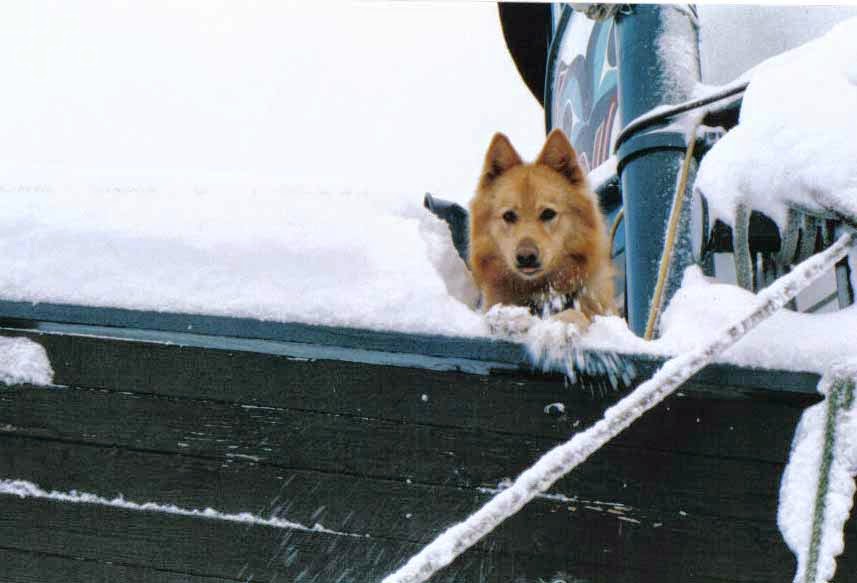 Sirens of Lituya Bay will be given to bookstores (including Amazon) and cruise ships by After Shock Distributors for a May 15, 2015 release date.

The Kindle version will be available by mid-April.
For more information, contact me at winternightspublishing@gmail.com.


Posted by Winternights Publishing at 9:40 AM No comments:

Winternights Publishing
Jan Steinbright is a published writer and a visual artist. She currently lives in Mexico and operates Adobe Studio, a place that offers classes for people to explore their creative nature. Jan spent 30 years in Alaska working with the Alaska Native people as an arts administrator,writer and oral historian. Previous published works include: Qayaqs and Canoes: Native Ways of Knowing, From Skins, Trees, Quills and Beads, Athabascan Crafts, My Own Trail, oral biography with Athabascan elder, Howard Luke, and Raven House Mouse, a Tlingit children's story about Native culture.